Bank accounts could encourage savings groups to save more, says a Tanzanian survey. Financial service providers (FSPs) should make offering group savings accounts their first priority, if they want to build a sustainable, commercial relationship with this rapidly expanding market. 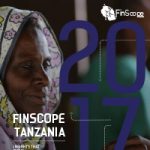 In 2014, the National Financial Inclusion Framework (NFIF) set the stage for a national financial inclusion vision with goals for concrete improvements in the lives of all Tanzanians through improved access and use of financial services. 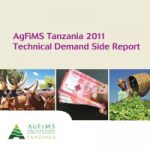 The implementation of the first AgFiMS survey (AgFiMS Tanzania 2011) was commissioned by
the Financial Sector Deepening Trust Tanzania (FSDT). Funding for the survey was providedby the Gatsby Charitable Foundation and the FSDT, with co-funding from the RockefellerFoundation. Data was collected from 4094 agribusinesses by means of face-to-face interviewswith business owners; 3 734 producers, 104 processors and 256 service providers. 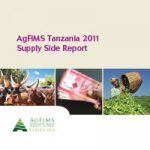 AYANI was appointed by the Financial Sector Deepening Trust (FSDT) to conduct field work on the supply of financial services to the agriculture sector in Tanzania. 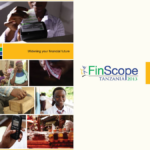 Implementing a large, national survey such as FinScope is always the work of many people and
organizations. FSDT is most appreciative of the work done by The National Bureau of Statistics,
led by Dr Albina Chuwa, and in particular the guidance and other essential statistical inputs from
Mr. Ahmed Makbel and Ms Sylvia Meku. The Office of the Chief Government Statistician on Zanzibar
was also essential in ensuring successful implementation of the survey there. 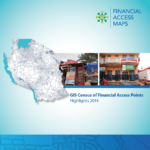 The Financial Sector Deepening Trust (FSDT) has completed the second round of the GIS Census of Financial
Access Points in Tanzania. This census maps and shows the proximity of basic cash in and cash out points
to where people live and transact. The availability of points where one can exchange cash for transferable or
storable electronic value is a key driver of financial access. 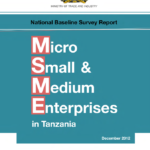 This report of the first nationally representative baseline survey of micro, small, and medium
enterprises (MSMEs) in Tanzania includes a discussion of the survey design and development,
an exposition of the data collected from owners of both currently operating and recently closed
enterprises, an estimate of the contribution of MSMEs to Tanzania’s GDP, and an example of the use
of the data for segmentation and more detailed characterization of MSMEs. 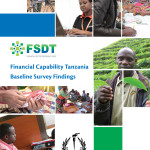 A National Financial Education Framework was developed and approved by the Government of Tanzania in 2011. The development of the Framework was commissioned by the Bank of Tanzania with support from the Financial Sector Deepening Trust (FSDT), Tanzania. The Framework comprised several components, namely: an organisational structure and stakeholder strategy; a high-level public financial education consumer strategy; an implementation plan and a monitoring and evaluation framework. It also identified the need for setting a national financial capability baseline against which progress in the levels of financial capability could be measured over time. 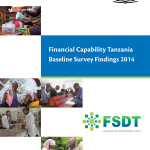